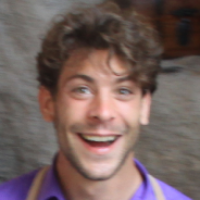 It seems that I was not the first one to struggle to make unprivildged linux containers working in Void Linux. In systemd/Linux distributions, the process is straight forward as systemd handles things automagically for you (mostly everthing about cgroup) when in Void you have to configure few things by yourself.

I want to give some pointers to have the bare minimal to have a container starting in unpriviledged mode in distribution that use a minimal init system and more precisely here, Void Linux.

UPDATE: Unfortunately, this doesn't work anymore with the latest lxc version and only works with lxd version 2

First we need few services installed on the host. Of course lxc but also cgmanager to take care of the cgroups, dbus for IPC communication between cgmanager and the bridge-utils to create a network interface for our container:

Configure runit to start dbus and cgmanager automatically at startup, also start them right away:

Now we need to configure the subuid, subgid mapping. First create the two /etc/sub{u,g}id and give the read permission for all others:

Then map your user to the lxc g/u ids:

We also need a bridge interface to connect our container, my host network interface is enp0s25 and the bridge will be lxcbr0.

If you don't want to reconfigure your bridge at each boot, you could create a runit service for that. Now create a default lxc configuration in ~/.config/lxc/default.conf containing everything we have just done:

Now your host system should be ready to run unpriviledged container.

Creating and starting a container

First create a cgroup crontroller for your user and give the right permission with cgm. This has to be done at each boot! For convenience, I suggest to put it in a script or create a runit service.

Then move your current process to the created controller. This has to be done each time you open a new shell!

Now lxc should be able to work correcly with cgroups, you can create a new container:

Once the creation process is done, simply start the container and attach to it:

You should now be inside your container, hurray!

Starting lxc after a new boot

Unfortunately the configuration is not persistent and some operation have to be done manually. As I don't start my container all the time, I don't want to create a runit service, that's why I use a little script:

Some articles that helped me solving this issue:

Now you have your container starting, you probably want to configure the network.